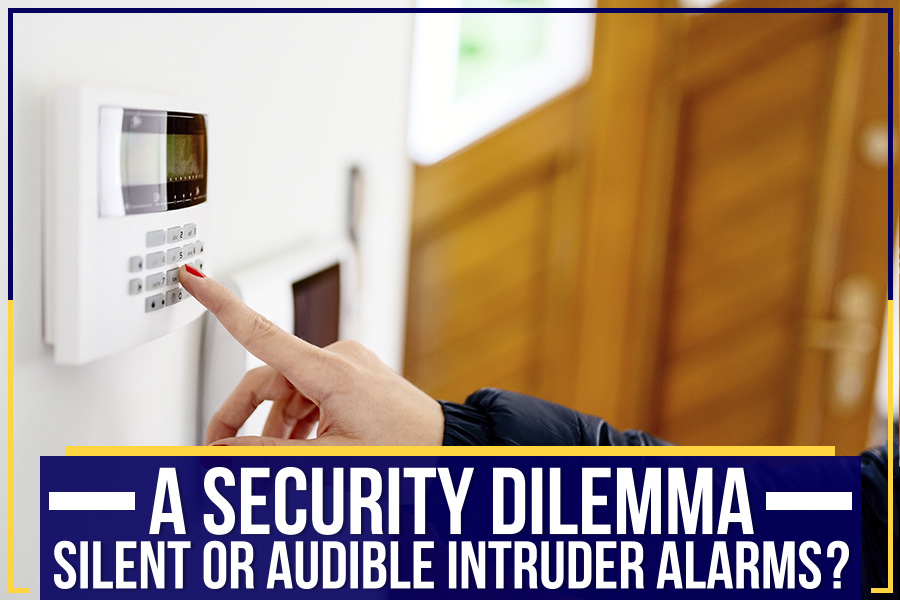 Do you know the feeling of being safe and secure in your home, only to have that sense of security ripped away when an intruder alarm goes off? The sudden noise can be startling, and it may wake you or your family members up in the middle of the night. But what’s even worse is if the alarm is silent and you don’t know whether someone is trying to break into your home or not.

There’s a debate about the effectiveness of silent intruder alarms versus audible ones. Some people swear by the peace of mind that comes with not worrying about waking up the whole house when an alarm goes off, while others find that a little bit of noise is worth the added security.

So, which is better – silent or audible intruder alarms? Let’s take a look at both sides of this argument.

The main argument favoring silent intruder alarms is that they’re more likely to catch a burglar by surprise. If an alarm is silent, the burglar won’t know that it’s been triggered until it’s too late.

Another advantage of silent intruder alarms is that they don’t risk waking up the whole neighborhood. It can be a problem with audible alarms, as sometimes the noise can carry for blocks. If you have young children in the house, you also don’t have to worry about them being woken up by a loud alarm.

On the other hand, some people find that audible intruder alarms are more effective than silent ones. The main argument favoring audible alarms is that they’re a better deterrent against burglars. If a burglar knows that an alarm will sound as soon as they break into a home, they’re much less likely to try to break in.

Another advantage of audible alarms is that they can alert you to a break-in even if you’re not home. If your alarm is connected to your phone, you’ll be able to hear it no matter where you are. You can call the police as soon as possible and hopefully catch the burglar in the act.

So, which is better – silent or audible intruder alarms? It’s really up to you and what you feel comfortable with. If you want to increase your level of protection, an audible alarm may be the answer.

The dilemma depends on the police; in some areas, the police will not respond to a silent alarm as they deem it false. In this case, an audible alarm that a neighbor can hear would be the better option to alert people of a break-in.

If you’re not sure, Archangel Alarm Services in Houston, TX, can help you make that decision by providing free estimates for both types of alarms to choose the one that’s right for you. We specialize in security alarm installation as well as security camera installation.

Get a free estimate now!

Is A Nanny Cam Better Or A Full-Out Indoor Surveillance System?

Warning! These Are The Telltale Signs That Surveillance Security Has Been Hacked

Get A Free Estimate
Book an appointment now!
Chat With Us

Secure Your Home & Business from Criminal Activity and Fire. Gain Peace of Mind.

Get A Free Estimate

Get A Free Estimate